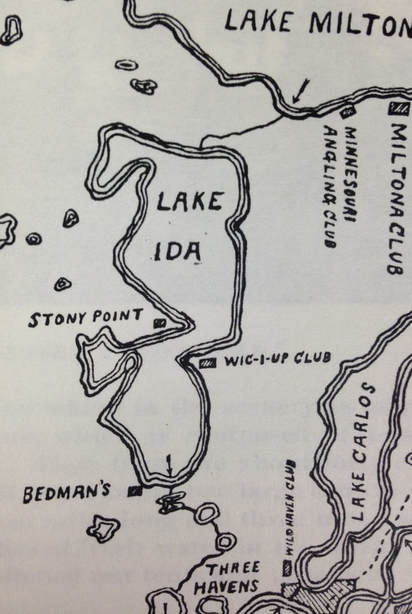 This is a 1902 map from a tourist brochure of the time, showing fishing resorts and clubs of the era. 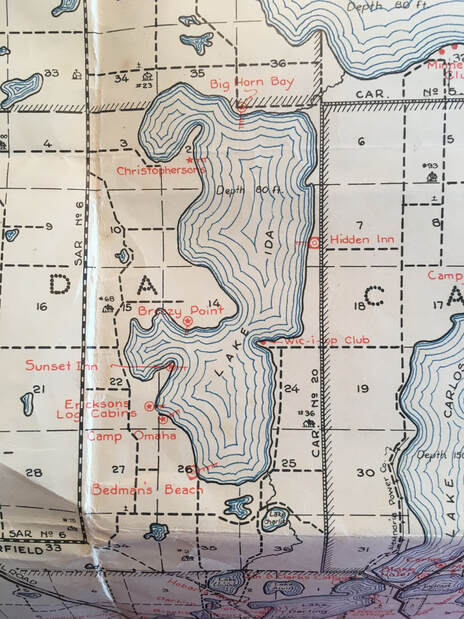 This map is a 1934 Douglas County tourism map showing resort locations in red. It was during a drought and depression, but fishing enthusiasts still came. 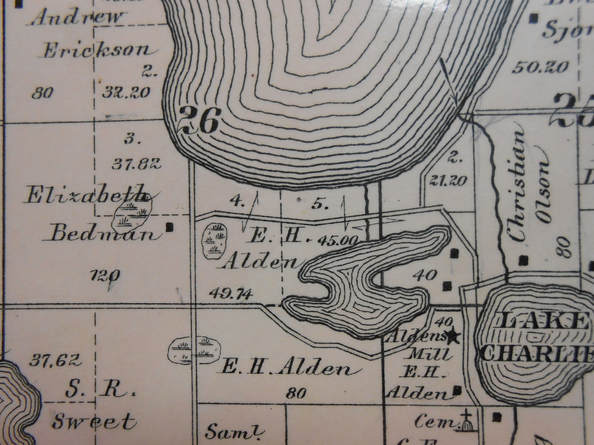 This map is from the 1886 Ida Township, Douglas County, MN plat book. It shows the original creek outlet at the southeast end of the lake, and the current creek on E. H. Alden’s land - he and his sons dug the current straight creek in 1869 or so, and created a millpond for their mill by Lake Charlie. Enoch A. Alden was a direct Mayflower descendant of John and Priscilla Alden. There are plat maps of landowners around Lake Ida at the Douglas County Historical society from 1886 up to 1960’s. 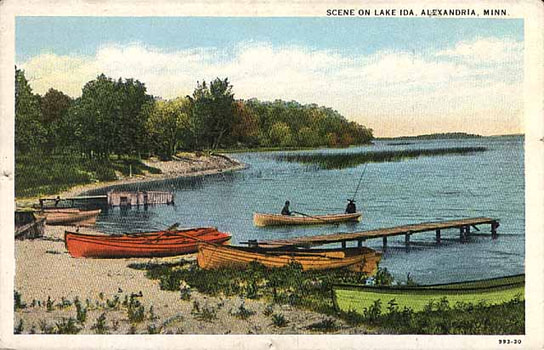 Bedman's Beach (colorized). The little bump of shore on the far right of the horizon is Stony Point. 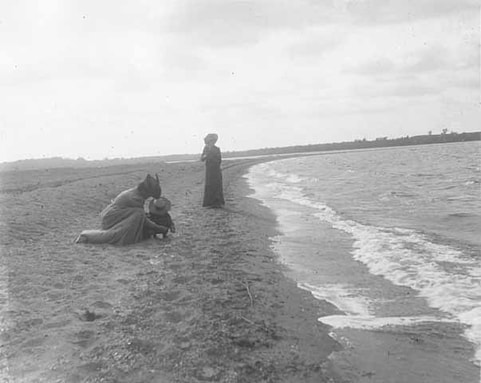 Sandy Point, before it became the Bible camp named Pilgrim’s point, was a fishing camp called Wickiup Club.  This photo was titled:  "Edward Jr., Agnes and Grandma Prichett at Wickiup Club, Lake Ida near Alexandria 1901.”  In those times, wearing a long dress and fancy hat was relaxing at the lake.

There isn't nearly as much sand on the point now. The lake level was raised in the 1970’s. It helped the residents on the very shallow south end of the lake, but others lost land. 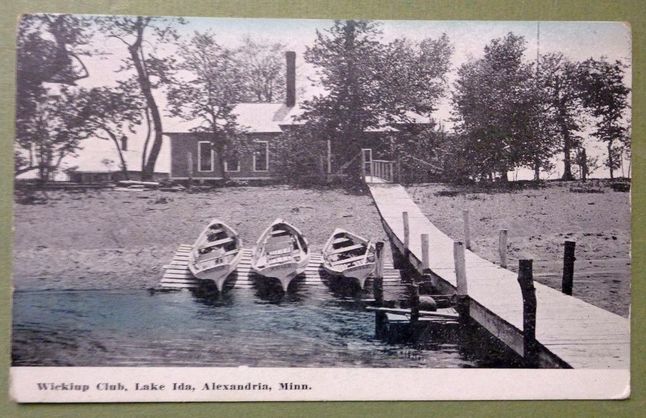 The Wickiup club was a private fishing club, at the site of today’s Pilgrim’s Point Bible Camp.